Stage 1 of the Transitional Housing Program supported by Wunan Foundation was officially opened the in Halls Creek on the 9th April, 2015 by Minister for Housing Hon. Colin Holt MLC.

A joint venture between the W.A Department of Housing, Community Housing Limited, and the Aboriginal Community of Halls Creek has seen an outstanding effort in the establishment of Transitional Housing with seven 1-2 bedroom homes being built in Smiths Street, Halls Creek.

The program is a designed to support Aboriginal people into home ownership and has resulted in significant positive outcomes in Kununurra in that a number of people are now moving towards home ownership in the Kununurra area.

The housing project for Halls Creek is a major step forward and builds on Wunan’s Living Change model and has sparked interest of Empowered Communities for boarder delivery supporting Aboriginal Communities across the country.

The program in Halls Creek now sees a waiting list for Transitional homes and Wunan looks forward to sharing the progress of further construction due to be finalised in November. I would like to take this opportunity in thanking W.A. Department of Housing, Community Housing Limited,  Halls Creek Community, and the wonderful Transitional Housing Team at Wunan; Tracy Richards (Transitional Housing Support Worker), and Lou Tieri (Money Mentor) for their hard work and dedication to this program. 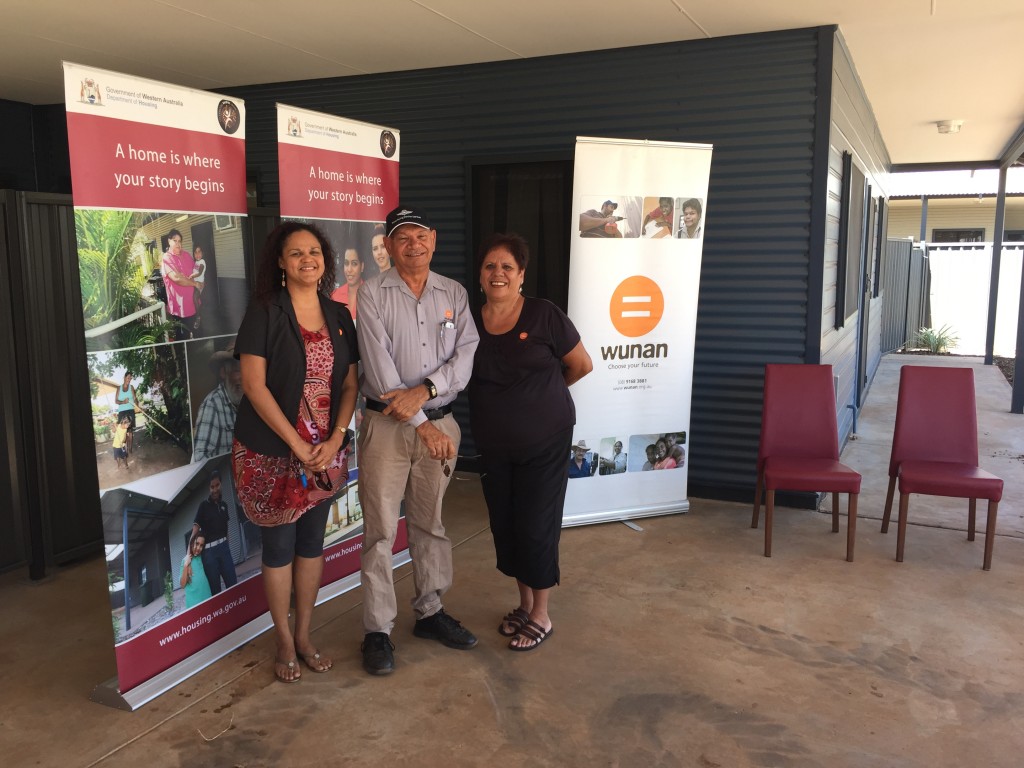