An inspiring night under the stars – EKAAAs 2015

The East Kimberley Aboriginal Achievement Awards were held  under the stars in Kununurra on Saturday, 5 September. More than 340 people attended to witness some amazing local people and organisations receive recognition for their efforts to make a difference in the lives of Aboriginal people through their commitment, passion and leadership. (Photos courtesy of B Visual Media.)

Martina is an inspiration for others in her home community of Kalumburu. Always striving for excellence, Martina has achieved outstanding sporting and academic success. In 2013 she was selected to compete in the Indigenous Basketball Team at the International Friendship Games in China and was awarded Champion Girl for Year 7 at the Clontarf Athletics Carnival. Her academic results also reflect her positive attitude and determination to achieve. Martina has a very bright future ahead of her.

After being referred to the Youth Service Diversion Program at the Shire of Halls Creek in 2014 for minor offending, Bernard has turned his life around. He is a beacon of positivity and is always the first to put up his hand to help. He has taken part in many community activities, including helping set up the ANZAC Dawn Service and volunteering at the Shire and PRK Radio every week. He is now a leader and role model in his community. Bernard is keen to study to become a Youth Worker after he finishes high school this year.

One of nine children, Kenneth took on a Plumbing Apprenticeship as a mature-age student. In 2011, he was awarded the Master Builder’s Most Outstanding First Year Apprentice. He had to overcome many hurdles and challenges during his four-year apprenticeship, including living away from his young family in Halls Creek for weeks at a time and travelling to Perth for study. His determination led him to complete his apprenticeship this year. Kenneth is now employed full time as a plumber in Kununurra. His dream is to one day own his own plumbing business.

Collen has achieved excellence in his sporting endeavours through dedication and commitment. He was selected to represent the Kimberley in an Australian Rules football development carnival at the Michael Long Centre of Excellence. The strong leadership skills he displayed while away led him to become Vice Captain of the North West Academy Squad. At just 16 years of age, he also plays for the Senior Waringarri Crows in the East Kimberley Football League. Collen is a natural leader and sets a fine example for other young people, both on and off the field. 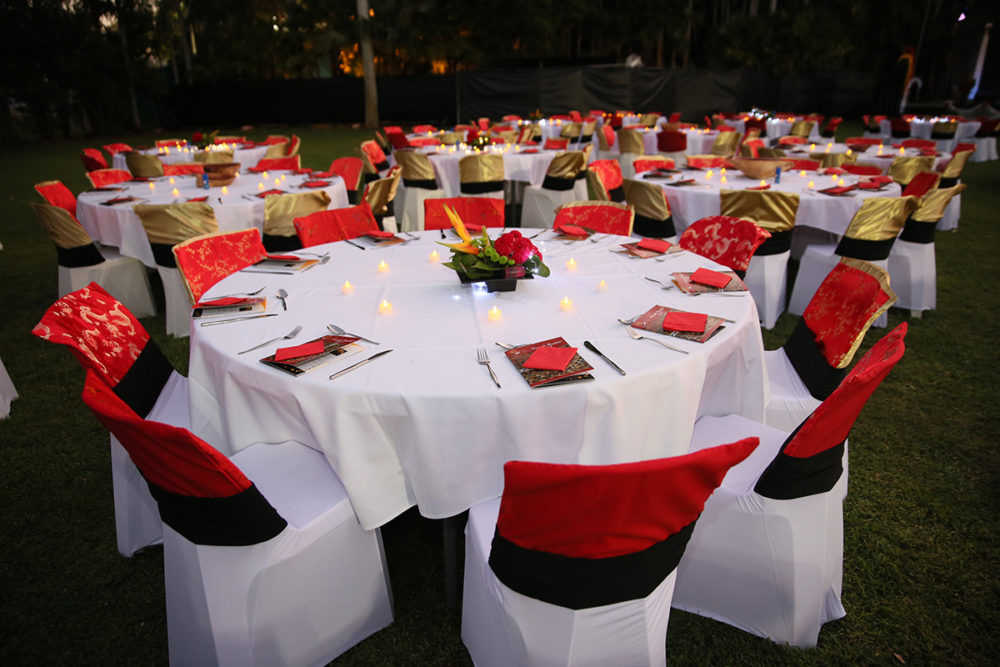 A renowned artist, whose work has been recognised nationally and internationally, Agnes takes a lead role in promoting Miriwoong art, dance and culture. A strong and positive community leader, she draws on the lessons she learned from her Elders and shows a deep commitment to painting significant landscapes and stories, providing linguistic and cultural advice, and leading dance and songline performances. Agnes has a big heart, a big smile and is proud to share her knowledge of art and culture whenever and wherever she can.

Petina has been helping people within the East Kimberley community for more than 25 years, both professionally and in her many volunteer roles. She has a particular commitment to promoting Aboriginal women’s lore and culture and providing support for women and children experiencing family violence. Petina was pivotal in organising the inaugural Annual Silent Memorial March in 2013, which honours those who have lost their lives through family violence. She is always at the frontline, campaigning tirelessly against violence and supporting Indigenous men and women to build harmonious and productive lives.

Anansa loves her role supporting Aboriginal students in Halls Creek and always encourages them to study hard and make something of their lives. She inspires them to do more than the minimum and is always very proud when she sees them strive to do their best. Anansa helps her students to expand their thinking and see the many opportunities that are out there, if they want to reach for them. She believes in leading by example and is currently undertaking diploma-level study herself.

Owned by Kris Thomas and Sherie Lethbridge, Yeehaa Trail Rides has achieved outstanding outcomes with disengaged teenage boys through a program based on practical skills development. Yeehaa’s Ranger Program works with seriously at-risk boys to re-engage them in education or training. Its success can be seen in the massive drop in rates of offending and dramatically increased school attendance. Several graduates have gone on to complete further education and move into full-time jobs. As one community member says “We swell with pride when we see our young men involved in this and see the transformation in their lives.”

EMPLOYEE OF THE YEAR – JASON REID

Despite having to overcome significant challenges in his life, Jason has become an exceptional young man. Highly intelligent, reliable and extremely hard-working, Jason currently holds down two jobs – one at Yeehaa Trail Rides and the other at Kununurra District High School. He has also completed several Certificate-level qualifications and is now using the knowledge he has developed to teach and support at-risk teenagers in Kununurra. Jason is a skilled horseman, a tenacious individual and a dedicated employee who goes above and beyond the call of duty. He plans to study to become an instructor in the future.

Owned by Wunan and managed by Sandra Lyndon, Wunan House is the only Indigenous-owned and operated commercial accommodation facility in Kununurra. Sandra’s warm manner and attention to detail ensures that her guests are always comfortable – and this has resulted in a steady increase in guest numbers and consistently ‘Excellent’ reviews on websites such as Trip Advisor and Booking.com. Sandra gets the balance just right, making sure that Wunan House has a lovely homely feel, but always meets the standards expected of a nice hotel.

Bob and Val have long history of service to the community, including fostering many Indigenous children over the years. Now in their sixties, they are currently caring full-time for five Indigenous children under five, most of whom have special needs. Although the children aren’t able to live with their parents at the moment, Bob and Val take great care to support the family relationship by sending photos and encouraging regular visits. They are a truly amazing Kimberley couple.

PERSON OF THE YEAR (Joint Winners)

A highly respected community leader in Halls Creek, Robyn has been involved in many organisations and activities over more than three decades. She played a pivotal role in bringing Alcohol Restrictions to the town, which was achieved despite dissent and opposition. This measure is credited with significantly improving health and wellbeing in Halls Creek. A role model and pillar of the community, Robyn’s strength of character and willingness to tackle even the most difficult issues in order to improve people’s lives is an inspiration to everyone.

With a long history of empowering community members and encouraging Aboriginal people to take responsibility for themselves and their families, Des Hill takes an active role in shaping local reforms. A strong advocate for MG people, Des has been an activist in native title negotiations in the region for many years. As CEO of Waringarri Aboriginal Corporation since 2010, he has provide stability to the organisation and set it up for a sustainable future. Active on many committees, and a key member of the Empowered Communities Leadership Group, Des has a deep understanding of his community and a strong focus on addressing social dysfunction and encouraging economic development.

ELDER OF THE YEAR – BUTTON JONES

Button is a man with many hats – he is a senior law and culture man, artist, singer, performer, storyteller, custodian of country, and one of the few remaining fluent speakers of the Miriwoong language. He has shown a long-term commitment to working with linguists to document his language and teach it to others, meeting with people from across the world to promote and preserve Miriwoong culture, painting significant local landscapes and stories, sharing stories through song, and taking young people on country to pass on traditional lore and culture. Button’s personal strength and integrity make him a true leader and inspirational role model within his community.